24 Jan The great paradox: slowing down to speed up.

Posted at 12:43h in Discipleship by Thomas Wheeler 0 Comments 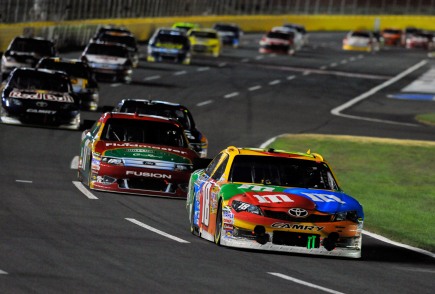 The movie Days of Thunder makes an interesting point about slowing down to speed up.  For those who have seen the movie, Tom Cruise plays an inexperienced race car driver named Cole Trickle.  Robert Duval plays Harry Hogge, an experienced crew chief and car builder.  Cole comes for an “interview.”  When Cole first meets a skeptical Harry he tells Harry he learned how to race NASCAR by watching ESPN.  Harry wasn’t amused.  Cole could drive fast, but he didn’t have a clue as to the idiosycrisies of a race car.  On the other hand, Harry didn’t race cars, he built them well enough to win – with the right driver.  In the beginning stages of their relationship they resented one another.  Cole wouldn’t listen to Harry because he didn’t understand Harry and felt his disrespect.  Harry didn’t understand Cole’s potential because he didn’t know how naive Cole was about cars (he took it as arrogance). Cole was driving the car as fast as he could but his tires couldn’t handle the abuse from his fast driving  so they would flat before the race was over, costing Cole the race. He would blame Harry because the car couldn’t keep up with his ability to drive – so he thought.  Harry finally explained to Cole that in order to win, he had to slow down and drive at a more consistent speed.  When Cole listened to Harry and did what he was told, his tires lasted, and he started to win races.  Slowing down, in this case, allowed Cole to speed up enough to win races.  Interestingly enough too, the secret to their success was listening to each other and then respecting each’s ability to do his part. 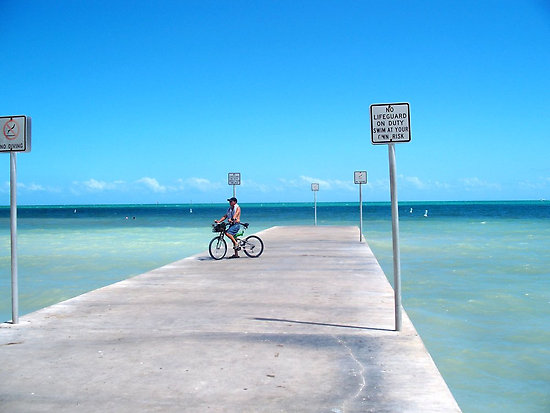 I too had to learn this lesson myself (and continue to).  As an all or nothing personality, I like to go fast, as fast as I can anyway.  One time I rode my bicycle from Daytona Beach to Key West, as fast as I could.  Before I left on that trip I remember a friend telling me I needed to slow down and smell the roses, but, quite frankly, I did not know what he meant (although I knew the cliché).  I was goal oriented, smell the roses?  Of course I smell the roses – that is why I am going on this trip!  But I still felt the need – the need for speed!   I got to Key West in 4.5 days (450 miles).  And I was not a biker.  But once in Key West I asked myself a question –  why was I in such a hurry?  Now what?  Was this all there was to my trip?  Why DID I go so fast?  I lived other areas of my life that way too, particularly as an entrepreneur.  I went from accomplishment to accomplishment – task to task – as fast as I could – only to put another task on my list.  But why? 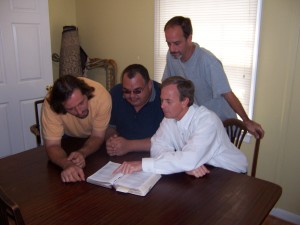 Then I moved into the inner city (demographically speaking) and started working with the poor.  I tried this task oriented technique with those struggling with drugs and mental illness and it backfired.  Metaphorically speaking, my tires were flat, all the time!  I was a good Christian with good intent, but I had no idea of the idiosyncrasies of the poor.  Speed does not work well with human lives.  I met my partner to be, Johnny Allen, and we hit heads.  I tried to bring my task oriented understanding of life into the work he was already doing without understanding the importance of building relationships, which take more time and are not tasks on a to do list.  Task oriented living just does not work as well – with people.  And people are supposed to be the point.  It took Johnny and I four years of working together before we understood that in order to “speed up,” we needed to slow down enough to get to know and understand one another, just like Cole and Harry.  Once we did that, the ministry went from a few houses and 18 men, to our current 13 houses and 60.  Said another way, we became more efficient at what we did by respecting each others different gifts and listening to one another – which took time. 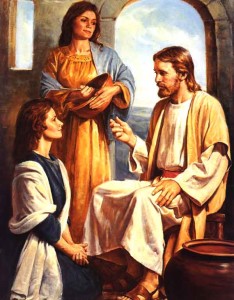 The biblical story of Martha and Mary clarifies this point.  Martha was upset with her sister Mary because they had a lot of preparation work to do and Mary was sitting at Jesus’ feet.  Only when Martha started to complain about Mary did Jesus say anything.  And this is what He said in Luke 10:40-41):

40 But Martha was distracted by all the preparations that had to be made. She came to him and asked, “Lord, don’t you care that my sister has left me to do the work by myself? Tell her to help me!”

41 “Martha, Martha,” the Lord answered, “you are worried and upset about many things, 42 but few things are needed—or indeed only one. Mary has chosen what is better, and it will not be taken away from her.”

Jesus made the point that we all need to slow down enough to have a relationship with God first, through Jesus, in order to speed up.  We must trust Him, listen to Him, and obey Him in order to have true success.  That does not mean we sit around on the sofa either.  I do Ironman Triathlons and have just signed up to swim around Key West in a 12.5 mile race.  But I do them with a purpose in mind and that purpose is not me.  My wife’s dream was to do an Ironman.  I supported her by doing it with her.  God calls me to love my wife – I show my love by participating in things she likes.  And she does the same for me.  That does not mean I didn’t like the challenge either, I did!  But God’s will for my life is to do things for Him, which means sacrificing for others.  The swim around Key West is to bring awareness to the poor – God’s poor.  God has called me to be an advocate for the poor – so this race fits that calling.   While God has re-directed me to be about His ways and His purposes, he has graciously allowed me to be who he created me to be too, a man who likes and doesn’t shy away from challenges.  In fact, it requires more faith in Him to do God sized things, which shows my dependence on my Dad.  I think He likes that.

Spend time with Jesus each day, just as if He were sitting with you in your space.  Read the Bible so you can hear Him speak.  Ask Him questions and listen for answers.  Do things His way, which might just allow you to speed up, by slowing down.  I am a work in progress, but I hear the words of my Lord and Savior as I press on:

Take my yoke upon you and learn from me, for I am gentle and humble in heart, and you will find rest for your souls (Matthew 11:29).

To Christ be the glory.  Amen.