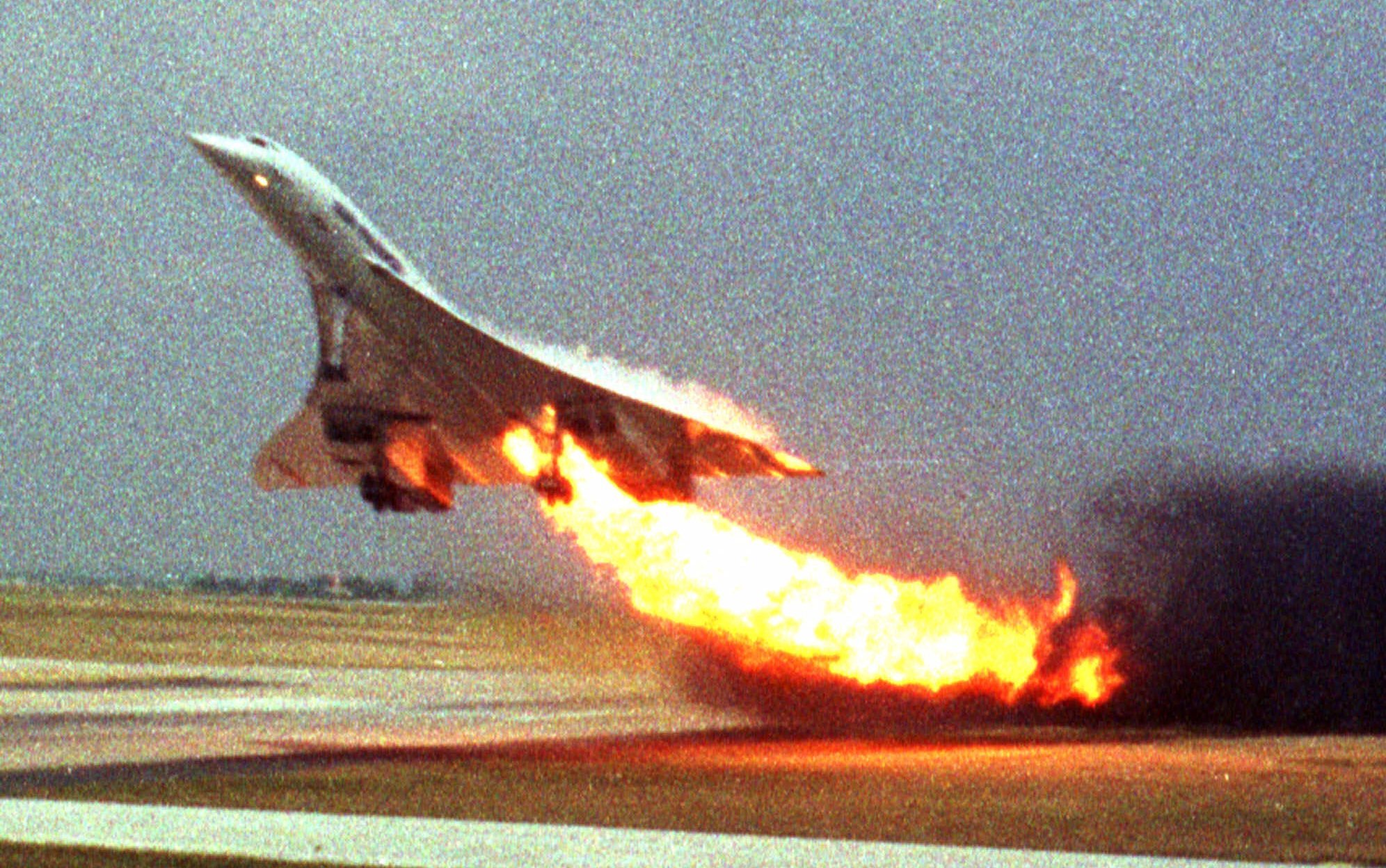 Posted at 12:31h in Uncategorized by Thomas Wheeler 0 Comments 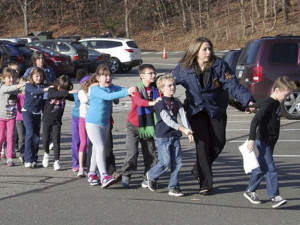 In this photo provided by the Newtown Bee, Connecticut State Police lead children from the Sandy Hook Elementary School in Newtown, Conn., following a shooting there Friday.

Before the turbojet-powered supersonic Concorde became extinct there were two incidents worth remembering.  The first was when an airline representative, sitting in a window seat on a Concorde flight from Washington, DC to France, watched an object shoot past his window on take-off.  Curious, he looked out of the window only to discover a hole in the wing.  Knowing a hole in the wing was a bad thing he immediately called over a Flight Attendant who dismissed him.  Aware the Concorde and his own safety were in jeopardy, he caused enough of a fuss that someone  finally looked out the window to see that there was, indeed, a hole in the window.  The Concorde turned around and landed safely.  Fortunately, in this case, the tragedy was avoided because someone “looked out the window” and warned authorities of impending danger and persisted until something was done about it.

The second incident with the Concorde didn’t fair so well.  According to the official report a Continental DC-10 that took off minutes before the Concorde, lost a 17-inch titanium part on the runway .[1]  The Concorde hit this small piece of light metal which then struck and ruptured one of the Concorde’s tires as it reached take-off speeds in excess of 190 mph.  Debris from the tire then struck the aircraft’s wing structure at its weakest point, which, in turn, caused a “pressure shockwave” that eventually ruptured the number five fuel tank just above the landing gear.  Now, with the fuel leaking over the top of the wing, an electrical arc (continuous spark) ignited the fuel causing engines one and two (out of four ) to lose power.  Although they recovered within seconds the subsequent flames finally caused a fire in engine number two causing the co-pilot to shut down that engine.  Having passed what is known as V(1) speed, which is the “you can’t abort now without crashing” speed, the crew continued on the ascent but without the ability to gain enough airspeed because the landing gear could not be retracted.  Airborne but unable to climb, the fire began to disintegrate the left wing and subsequently the lack of control of the engines caused a bank of over 100 degrees that caused the Concorde to crash.[2]  Nearing the size of a football field, the massive Concorde crashed because it hit a 17″ piece of titanium – on take-off. 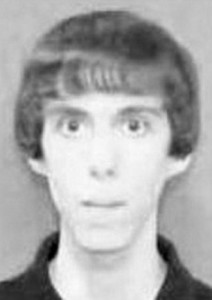 While the first incident clarifies the importance of paying attention, listening to warnings and persistence, the second example reminds us of the significance of “little things”  which brings us to today.

As we all mourn the tragedy at Sandy Hook Elementary School many of us are asking the same question  – why?  Why would 20-year-old Adam Lanza (pictured) walk into that school and shoot innocent children?  It’s the same question we asked after James Holmes (24) opened fire in a movie theatre in Colorado, killing 12 and wounding 58 and after Jared Lee Loughner (22) shot Congressman Gabrielle Giffords at point blank range and killed 6 people.  It’s similar to what happened at Virginia Tech and Columbine.  Why are people doing these horrible things?

According to reports there is no known “reason” for the recent shooting that left 27 dead including 20 children.  The only explanation so far is that Adam had a personality disorder.  The only explanation for James Holmes actions were that he was a psychiatric patient.  This is similar to the other shooters – some mental illness is to blame – that’s it.  But what is driving this mental illness?  Why else might kids be killing kids?

Consider these facts.  We have taken prayer out of school, dismissed the Bible, and turned previously X rated movies into R and R into PG13. Our children are growing up in single family homes where divorce is the norm.   They listen to, watch, or interact with violence, trash talk, and sexual promiscuity while their busy parents do the same on a higher level.  Our hero’s or role models repeatedly end up on television admitting to behavior they had previously denied.  Catholic Priests are caught raping boys, as are coaches and boy scout leaders, while sports stars commit murder and suicide.  Meanwhile “mom’s and dad’s” are headed towards being  decided by choice rather than gender (as same sex parents now want to raise kids), while abortion, which kills a lot more kids than any of these shooters, has become an issue of convenience.  As for us “grown-ups,” we have become so sophisticated that we don’t believe anyone can know the truth so our truth has become truth, for us.  In other words, we have rejected organized religion for our own, the one with one follower, ourself.  Moreover, we preach acceptance and tolerance until someone disagrees with us and we won’t tolerate them.  Hypocrisy is ubiquitous. 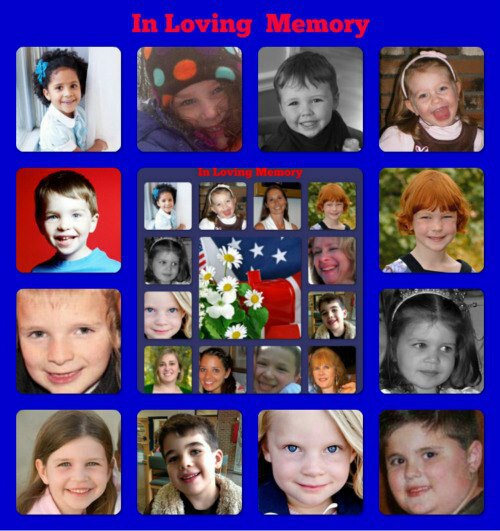 Perhaps we are simply reaping what we have sown, as a nation, by dismissing the Bible and the Jesus of the Bible.  And perhaps allowing these tragedies to happen is the only way God can get our attention and turn us back to Him since it is apparent nothing else seems to be working.   Think about it; how many people do you know that make a big change  in their life or belief system without their earth (life) shaken?  I know – it’s a sad paradox.  Very sad.  But until the chain reaction reacts, until the dominoes fall, we typically disregard even the possibility that our supersonic life will come apart because we have ignored even the possibility that a small object on a runway might bring our plane down.  Furthermore, until we look out the window of our life, see the hole, and fill it with God, we are risking tragedy, because of  our own choices and stubbornness over the book our country was founded upon – the Bible.

I cannot imagine the hurt people feel with the loss of their children or close friends.   I am so sorry things like this happen.  But they happen every single day we are alive on this planet.  The only reason we are dealing with this one universally, is because of its volume.  Furthermore, and on the other hand, we cannot continue to play with fire, as an agnostic, self-serving, culture,  teaching our children to follow us instead of God, without getting burned and burned bad.  Our children are under our care – if we are not teaching them what that same Bible says, we are not being responsible with our responsibility – their lives.

Please.  Heed warnings from the Concorde.  Turn back to the God who created you and your loved ones.  We really aren’t on this earth to eat, drink, and be merry – we are here to be molded into the image of God for the sake of our eternity.  That’s what the Bible says and I, for one, believe it.

How about you?  Have you looked out the window yet?  What do you see?  A hole?  Or a small piece of metal on your runway?  Give the Bible another chance.  Because the only other way that God may be able to get your attention is for your earthly life to be shattered for the sake of your eternal one.