Posted at 12:25h in Uncategorized by Thomas Wheeler 0 Comments

Marijuana has been legalized in Washington and Colorado, gay marriage has been legalized in nine states, marriages continue to crumble as our culture continues to tolerate what used to be considered “sin” as the new normal.  While Gallup indicates that 78% of Americans still select Christianity as their religion of choice, the Christianity they believe in is far from the biblical kind.  Furthermore, 15% of Americans claim no religious association at all – double what it was in 1990 and growing.[i]  Because of the loss of Mitt Romney to Barack Obama in the 2012 Presidential election, the Republican Party is being directed to adjust (compromise) for the sake of the “new culture” in order to win. Apparently the loss came from young adults, women, and Hispanics who don’t believe in the values of the party thus the party needs to change.  Sounds like a reasonable adjustment – doesn’t it?  Regardless – we live in a divided country, politically and morally speaking. 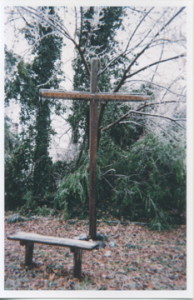 Meanwhile the church continues to make its own adjustments. “Only 50% of Protestant Pastors have a biblical worldview.  Forty-five percent of the pastors least likely to have a biblical worldview are those who are seminary graduates.[ii]  Of the ten moral behaviors evaluated, a majority of Americans believed that each of three activities were ‘morally acceptable.’ Those included gambling (61%), co-habitation (60%), and sexual fantasies (59%). Nearly half of the adult population felt that two other behaviors were morally acceptable: having an abortion (45%) and having a sexual relationship with someone of the opposite sex other than their spouse (42%). About one-third of the population gave the stamp of approval to pornography (38%), profanity (36%), drunkenness (35%) and homosexual sex (30%). The activity that garnered the least support was using non-prescription drugs (17%). …Less than one out of every ten evangelical Christians maintained that adultery, gay sex, pornography, profanity, drunkenness and abortion are morally acceptable.”[iii]

The world may not appear to be changing as dramatically as our countries moral / spiritual decline, since war has been standard since the beginning of time, but things are a bit tense and escalating.  Israel feels threatened and is itching for a fight with Palestine and Iran, the Syria Government is slaughtering its own people, Iran continues to build a nuclear weapon it is threatening to use, Iraq is still in disarray, as is Afghanistan, China and Japan are hitting heads over the Diaoyu / Senkaku Island, the Arab Spring remains volatile, and the entire world is facing extreme economic uncertainty resulting in rioting in the European Union.  Furthermore, while we continue to debate the reality of global warming, weather is getting more severe and thus more dangerous world-wide.

So what’s the point?  It’s time for us to recognize where we stand, individually.  Walking the fence line isn’t good enough – we must choose one side or the other.  So ….
•  Are these statistics simply normal results for changing circumstances & times over which we have no control?
•  Are folks like me over-reacting to the reality of the day by  focusing on these negative statistics rather than pointing out all the good that suggests the status-quo is OK?
•  Could this be the result of our obviating biblical  Christianity – suggesting all religions can be true despite the fact most contradict each other?
•  Does the Bible and our belief or lack thereof have anything to do with our current reality?
•  Does tolerance include tolerance of those who are not?  Are we then all intolerant as we preach tolerance?

Answering those questions might help us all understand where we stand.  And remember, in the end, what you and I believes does matter.  It matters for us,  our friends, and especially to those we love the most who might be following in our footsteps.  Truth is not relative as many people argue.  Nor is truth hidden so mysteriously that nobody can know it … well, not according to the Bible.  Perhaps you disagree?  If so, that simply clarifies the side of the fence where you stand.
We all must decide.   Walking the fence line is not good enough.
Its Christmas.
Stand with me on the side of Christ – Jesus Christ – the biblical one who said I am the way and the truth and the life (John 14:6).  That’s what Christmas is all about anyway.